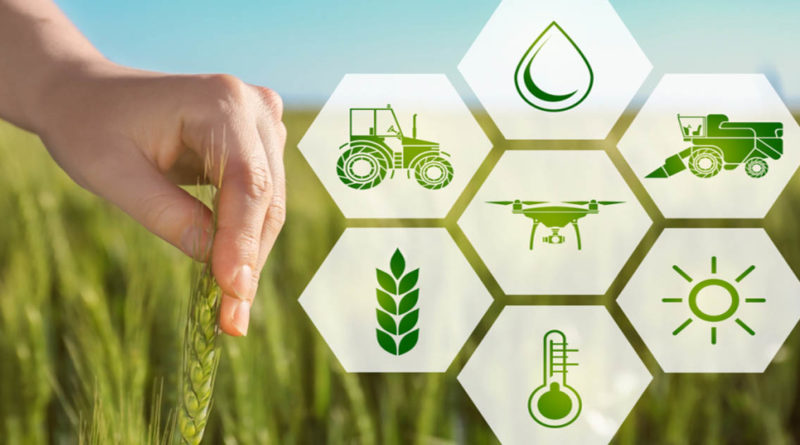 Teacher recruitment and retention is a constant challenge for agriculture education programs across the country, both in rural and urban districts. And increasing representation of diversity is a major component of growth in these programs. Having leaders who not only understand what it means to be a diverse member of the community but who also bring a passion for helping others excel is a great asset to the future success of agriculture education.

For Chaney Mosley, an Assistant Professor at Middle Tennessee State University (MTSU) and active leader through national organizations such as the National Association of Agricultural Educators, agriculture education is more than training future teachers how to be successful in the classroom — it’s guiding students through the realization of what is possible, learning how to think instead of what to think.

“Students enter college programs with preconceived notions based on their own experiences — coaching them through the process of becoming a student of agriculture to a teacher is fulfilling,” Chaney says. “When they graduate, I hope they take away new concepts and a more global outlook, one that is laced with a respect for different backgrounds and perspectives.”

From his time as a student at MTSU 25 years ago to his role today as a faculty member, Chaney has seen an uptick in the enrollment of female students as well as people who represent other marginalized populations.

“A natural result of this is the diversification of the agricultural workforce, which leads to a greater diversity of thought and contributes to enhanced performance and productivity throughout our industry,” Chaney observes.

Leading for inclusion in agriculture education

As a gay man in agriculture and a member of rural communities, Chaney continues to step up as a leader and example for others, despite challenges that discourage such visibility and representation.

According to a 2019 survey by the Movement Advancement Project (MAP), an estimated 3 percent to 5 percent of rural populations identify as LGBTQ+. While still a minority of the population, it is important we find ways to support every member of our communities.

“Being hired to teach future agriculture teachers by an employer who knew of my identity and was also aware of the lack of LGBTQ+ visibility and acceptance in agriculture helped me feel supported and valued because of what I could do, not because of who I was,” Chaney says.

Yet rural communities may not always provide the most supportive structures for people who represent diverse populations. This can be measured through a lack of supportive opinions and fewer legal protections.

These challenges are amplified when national organizations such as the American Farm Bureau Federation set policies to define marriage in a way that excludes LGBTQ+ relationships.

Providing increased visibility and supportive services for underrepresented populations can be a critical component of success for people who may not find rural communities or the agricultural industry an inclusive space.

At the national level, organizations such as Minorities in Agriculture, Natural Resources, and Related Sciences (MANNRS) and Students for Cultivating Change focus on inclusivity in agricultural education and provide an elevated voice and sense of belonging to young people who represent diversity in our communities.

To cultivate a more inclusive workforce that is more representative of society, programs such as the U.S. Department of Agriculture’s National Institute of Food and Agriculture provide grant-funded opportunities to enhance the training and development of diverse populations.

“It is encouraging to see young people take advantage of leadership opportunities where there may have been greater barriers to participation in the past,” Chaney says. “As examples, we now see diverse student leaders at the state and national levels of organizations like 4-H and FFA in terms of race, ability, gender identity, sexual orientation, and other demographic characteristics.”

Being an example for diversity in agriculture

Upon his promotion to captain in the U.S. Army earlier this year, Chaney reflected on the evolution from an era of Don’t Ask, Don’t Tell to one that’s more inclusive. The steps toward greater inclusivity that Chaney has experienced in the military is one that agriculture communities can learn from.

“For many, change is hard; however, change only occurs when those who are not welcome in a space choose to show up anyway, often making personal sacrifices,” he says. “It is emotionally exhausting at times being the person who challenges those who don’t want to see me or people like me succeed.” But he continues working toward those goals as we see positive results and change.

As for other LGBTQ people in agriculture, Chaney advises, “Respect that we each have unique experiences and our stories are not all similar. Hold on to hope. Hopelessness is an awful feeling, and if you get there, know that support is available.”

To those who want to be allies to diverse people in our communities, Chaney encourages others to “speak up when you hear or observe things that run counter to inclusion, show up to events aimed at supporting or advancing LGBTQ+ people in agriculture, and lend your time and talents to those efforts.”

Ryan Goodman is a longtime advocate for livestock production and the people who make up the cattle industry. In addition to his Virginia farm family, he’s an avid trail and ultrarunner, proudly showing how beef can be an important part of a healthy diet and active lifestyle. Find Ryan on social media as @BeefRunner.

This article was published in partnership with American Farmland Trust.