By Ellen Rosen
Photo by Kayana Szymczak for The New York Times
Photo Caption: Shawn Reese, an engineering student, had a summer internship at M.I.T.’s Lincoln Laboratory. He is beginning work on a four-year degree in engineering at the University of Massachusetts at Lowell.

Shawn Reese is the perfect example of the complicated route that can lie ahead for workers of the future — but also for the opportunities that are emerging.

He graduated from Quinsigamond Community College in Worcester, Mass., in May with a degree in electrical engineering, a field that — like most — is undergoing rapid change. A degree today is unlikely to be enough preparation for the challenges of tomorrow. So what is a student, a university, an industry, to do?

One approach is the one taken by AIM Photonics — its AIM Photonics Academy — and a group of community colleges and universities that have banded together over the last five years to develop emerging technologies and train the work forces needed to sustain them. (AIM stands for the American Institute for Manufacturing Integrated Photonics; we’ll get to the photonics part in a moment.)

The partnership is one of 14 across the country focusing on emerging technologies and industries addressing an increasingly important and frequently vexing question: how to prepare workers at all levels — technicians as well as people with doctoral degrees — for new technologies, like integrated photonics, that are in development, but only at the very early stages of commercial use.

Because the jobs don’t exist yet, we need to train students in the skills that are relevant today so they can get a job, but at the same time, very selectively, begin to supplement the training relevant to new industries,” said Sajan Saini, the education director of the AIM Photonics Academy, which is based at the Massachusetts Institute of Technology in Cambridge, Mass.

In his view, the way to accomplish this is by creating “a staggered educational curriculum so that the learning never stops.”

And that brings us to photonics: It’s the science of using particles of light, or photons, as an energy source (as opposed to electrons) and derives from work by Albert Einstein and others that began more than a century ago. It figures in a wide range of modern devices, from CT scans to bar codes, to laser-guided missiles, cellphone networks and more. Light-based technologies are energy efficient, reliable and fast.

Integrated photonics is still a developing technology that enables components to work seamlessly together. It is expected to be incorporated in telecommunications and computing, to name just two applications, and could, by 2025, comprise a market exceeding $5 billion, said Lionel Kimerling, the AIM Photonics Academy executive. 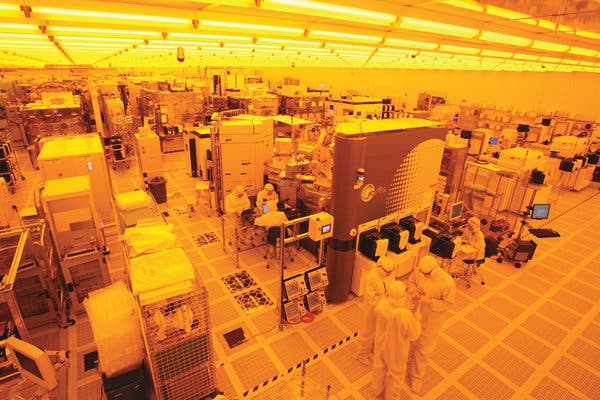 AIM Photonics is a public-private consortium with headquarters in Albany that is devoted to the development of integrated photonics. The academy is the educational arm and involves partnerships with a range of academic institutions including M.I.T., Rochester Institute of Technology, SUNY Polytechnic Institute, University of Arizona, University of Rochester and University of California, Santa Barbara.

Mr. Reese was among the first group of interns to attend M.I.T. this summer at its Lincoln Laboratory, a federally funded research and development center managed by the university for the United States Department of Defense. The laboratory works on integrated photonics along with a host of other technologies.

“I had mixed emotions at first,” he said. “I was very excited, but also cautious because it was M.I.T.”

Mr. Reese worked in Lincoln’s Microelectronics Laboratoryas a member of the equipment engineering and maintenance team. That team “enables the fabrication of both electronic and photonic integrated circuits, said Paul Juodawlkis, an assistant group leader at the laboratory who helped place the interns.

Mr. Reese is continuing his internship for an extra month while he also begins coursework at the University of Massachusetts at Lowell to earn his four-year engineering degree.

Community colleges across the country, with the help of companies and research institutions like M.I.T., are beginning to shape their curriculums to expose students to new theories and technology while teaching longstanding core manufacturing fundamentals, encouraging their students to continue their education even after they have earned their initial degree.

There’s more of a challenge, however, for existing workers, who also need early exposure to up-and-coming technology to remain current. While smaller companies often cannot spare their work force for training in future technologies, larger ones are often more willing.

Lockheed Martin, for example, has sent engineers to the AIM Photonics Academy to work with others in industry, academia and government “because we see value in preparing the pipeline,” said Nick Rhenwrick, a research engineer who works in the company’s corporate engineering, technology and operations organization.

The AIM Photonics Academy highlights the differences between training and education.

A technician, for example, who may have a degree from a community college, also needs training in the basics of manufacturing: showing up on time, learning procedures and how the tools operate, and, increasingly, data analytics to understand when equipment may be functioning outside of acceptable parameters, said Mr. Kimerling, who is also a professor at M.I.T. 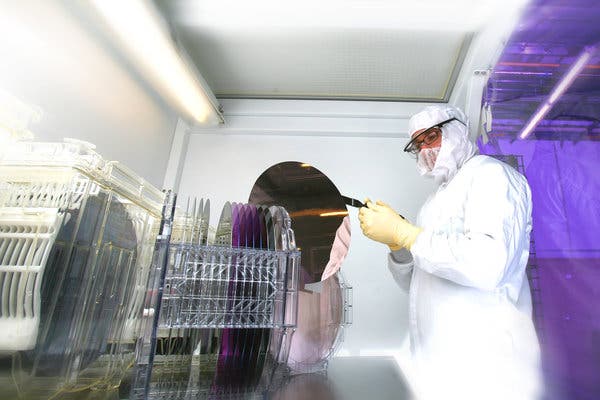 Even robots can sometimes “drift out of control, which a technician needs to be able to recognize as soon as possible,” Mr. Kimerling said, adding, that it’s a skill that comes with more advanced technical training.

AIM Photonics, along with the 13 other advanced manufacturing centers, known as the Manufacturing USA Institutes, were created as public-private-academic partnerships under the Obama administration to both cultivate nascent technologies and develop training curriculum in classrooms, labs and businesses to support those new technologies.

In one of the rare areas of bipartisan support, the program has continued into the Trump administration. Such cooperation is an acknowledgment of the decline in manufacturing jobs in the United States after decades of consolidation, contraction and offshoring — a trend that peaked during the Great Recession of 2008.

Aside from job loss, the decades-long retrenchment in manufacturing created another problem: investing in training suffered across the board. As a 2016 White House report found, the work force was “ill-equipped for the expansion of manufacturing jobs” which began to occur after the decline bottomed out in 2010.

Enter the 14 institutes which have updated coursework and new approaches to training. “We are trying to work together to develop the ideal curriculum” for new technologies, said Mike Molnar, the founding director of the Office of Advanced Manufacturing at the National Institute of Standards and Technology (NIST), which acts as a liaison between industry and academia for the institutes. The educational efforts are multidisciplinary and include online classes in addition to in-person training.

Among the online choices are edX courses that focus on graduate level audiences, as well as education modules for self-paced learning, Mr. Saini said. The institutes are also collaborating with TED-Ed, TED’s education effort, to reach those in “grades K-12 to explain integrated photonics and describe the potential for super fast wireless devices and sensors for the Internet of Things,” he added.

The institutes often work to address communications among workers at all levels, something industry wants. Mr. Rhenwrick of Lockheed Martin says it is critical “to have a technician, designer and test person all sitting in the same room and walking through the process so that everyone understands the full picture.”

Collaboration is remarkable and intellectually challenging,” Mr. Kimerling said, “You not only learn about the physics but learning from those who are doing the work.”

And it may not be as difficult as one would guess. As Mr. Reese, the M.I.T. intern said, “You might expect more arrogance because some people have Ph.D.s. But it isn’t that hard to communicate.”